‘A composer’. How else could we describe the professional activities of a man such as Joseph Ryelandt (1870-1965) during the first thirty years of his adult life? On a professional level, Ryelandt did nothing except compose music from the last decade of the 19th century until his appointment as director of the Bruges conservatory in 1924. This was not because he had nothing to occupy his time; he corresponded extensively, raised eight children, cared for his wife who was often ill, and did his best for the benefit of his city in many and various ways. Professionally, however, he was concerned only with music. He wrote about music, organised and conducted concerts, was a member of the board of trustees of the conservatory and gave lectures, all without a salaried position or tenure. During these years, however, he composed an impressive body of work. He had already composed some eighty works before his conservatory appointment in 1924, almost two thirds of what would form his complete works.

It is clear from the above that composition was his principal concern; we can only conclude, in terms of his professional life, that he was first and foremost a composer.

The music on this CD is essentially the result of Tinel’s teaching. Ryelandt received yet another fiery letter — another kick in the pants — from Tinel in 1898 in which his teacher prodded him to send a selection of his works immediately to Breitkopf, the renowned German music publisher, for Tinel had already put Ryelandt in contact with them. Ryelandt promptly set to work and sent a parcel with seven works that he had composed between 1895 and 1897,

The first of these was his Trois chants spirituels; the second was his Cello Sonata Op. 22, dedicated to Antoine Janssens de Varebeke, who had married Ryelandt’s second sister Marguerite in May 1895. Henri Ceulemans, later to become professor of cello at the Ghent conservatory, gave the work its first performance in Belgium in 1899. When Ryelandt took his place at the piano to perform the work himself for the first time in public on Tuesday 3 April 1900, the Gazette de Louvain praised its fluent instrumental writing and rich harmonies, adding that Ryelandt’s music could well stand comparison with the chamber works of Johannes Brahms. To go by press reports, the piece must have appealed to its audiences. There was also praise for the composer’s piano playing and for the playing of the eighteen- year-old cellist François Frelinckx, what at that time was still a student at the Brussels conservatory. 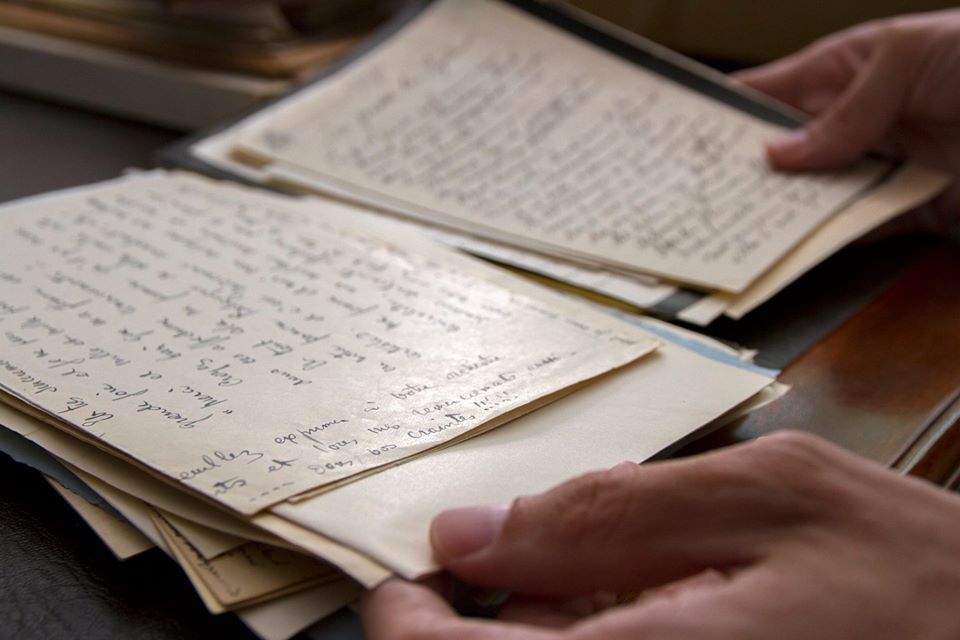 Ryelandt had particularly warm memories of the composition and the first performance of his Horn Sonata Op. 18; this had been composed for the horn class of the Ghent conservatory, which had an excellent reputation at that time. Albert Solvyns, an industrialist from Ghent who had encouraged Tinel to accept Ryelandt as a private pupil, was a friend of the Ryelandt family and also had close connections with the conservatory in Ghent. Solvyns therefore organised a small recital to be given in the office of Adolphe Samuel, the director of the conservatory; Ryelandt composed his sonata for horn in E especially for this occasion. The Ghentian horn school of the time emphasised tonal colour above virtuosity, and Ryelandt's preference for the key of E — instead of F — that was commonly used in horn works of the time — had its roots in the versatility of the Van Cauwelaert valve horn that was in general use in Belgium at the end of the nineteenth century. Ryelandt himself performed the work, together with the Ghent horn student Louis Seghers. According to reports Samuel was very pleased with the piece and afterwards made a few small suggestions to Ryelandt that he could possibly use to strengthen the work’s musical structure. The work itself has only two movements, the first of which, Lento, opens with a nervous introduction that swiftly gives way to a lyrically melancholy passage on the horn that shifts between major and minor. The following Allegro also displays Ryelandt’s preference for simple but sensitive lyricism.

Works for clarinet and piano

The Trois morceaux for clarinet and piano op. 17 were originally intended as sections of a clarinet sonata, but Ryelandt seems to have had difficulties with the formal structure and solved the problem by transforming it into a type of suite. This liberation from a standard form shows Ryelandt’s growing interest in French music of the time, and in Debussy’s works in particular; he shared this love with his good friend and colleague Joseph Jongen. The first piece is a Romance, which then leads us over a babbling brook (Au ruisseau) towards a